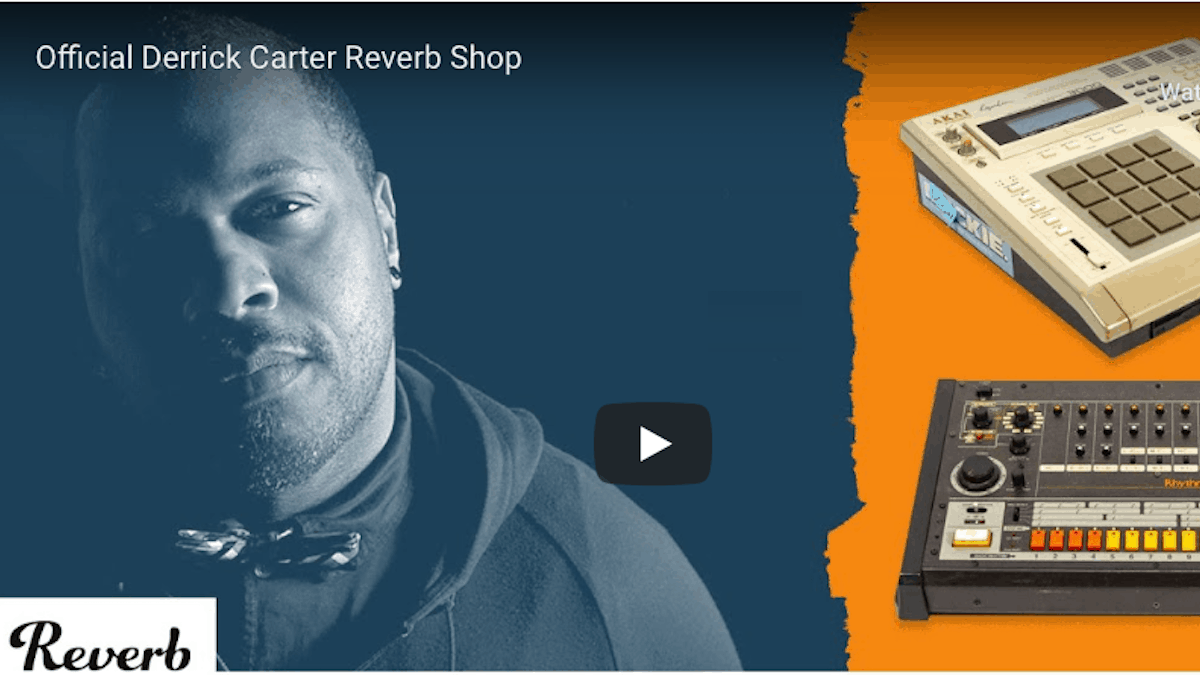 DJ and producer Derrick Carter partners with Reverb to sell synthesizers, drum machines, and more from throughout his career.

The Official Derrick Carter Reverb Shop launches on September 30. “I’m not a mad scientist anymore. I have a process now and having to bring the voltage up on this gear days before I start making music is a lot. My electric bill is upset with me,” said Carter. “I hope it does find good homes and people are able to glean what they need out of it, just like I was able to glean what I needed out of it. I hope it sparks that mad scientist feeling in someone else.”

Carter’s collection of gear includes rare pieces like a 1999 Ensoniq Fizmo Transwave digital synthesizer and classics like a Roland TR-909 Rhythm Composer drum machine used on his Sound Patrol records and on remixes released by Classic, the label he founded in the mid-’90s, and rare pieces like a 1999 Ensoniq Fizmo Transwave digital synthesizer. “Fun fact about this 909,” said Carter. “There’s a promoter who was putting together a rave and had Jeff Mills on his line up and I guess Jeff Mills needed a 909 for his performance and I let him borrow mine. So it’s my 909 that Jeff Mills also played on for a live show.”

A Roland TB-303 Bass Line synthesizer. Of the synthesizer, Carter said: “Acid machine. Original, in the box, with the bag, all the charts, and manual won’t find one as pristine as this in any country, place, shape, or form unless you somehow manage to get a time machine.”

A Roland TR-808 Rhythm Composer synthesizer, modified to include MIDI, that Carter bought from Glasgow’s Domenic Cappello, known for his long-standing Sub Club residency and as one-half of Harri & Domenic.

Two Akai MPC3000 Production Centers. “Both of them were refurbed by Bruce Forat out in LA. Both of them have the newest OS [operating system],” Carter said. “I was a completist. I collected things, and my idea was to complete these collections and then have an original one, the OEM one, one that’s the ultra-modded one, and then levels of varying degrees in between, as if I was some kind of museum curator. Like I was a docent touring my studio of Dr. Parnassus’ Imaginarium over here.”

A Moog Minimoog Voyager Signature Edition synthesizer that Carter used often throughout his career. “When they first came out they weren’t selling very well and I found one on clearance for a ridiculously low price and I’ve been using it since then,” said Carter.

“There’s a lot of rare sh** in my room,” said Carter. “I’ve had people come to my room and are just agape, like ‘Whoa… and look at all this stuff’ and want to just touch it and all that, and I’m like, ‘Are you OK? You need water?’ But as an artist, I’ve evolved. Think of me as a monk or a nun — I’m going to let go of all this stuff before I go on my journey of a thousand miles.”

To preview the gear that will be available – The Official Derrick Carter Reverb Shop – shop goes live on September 30.

Related Topics:Derrick Carter
Up Next