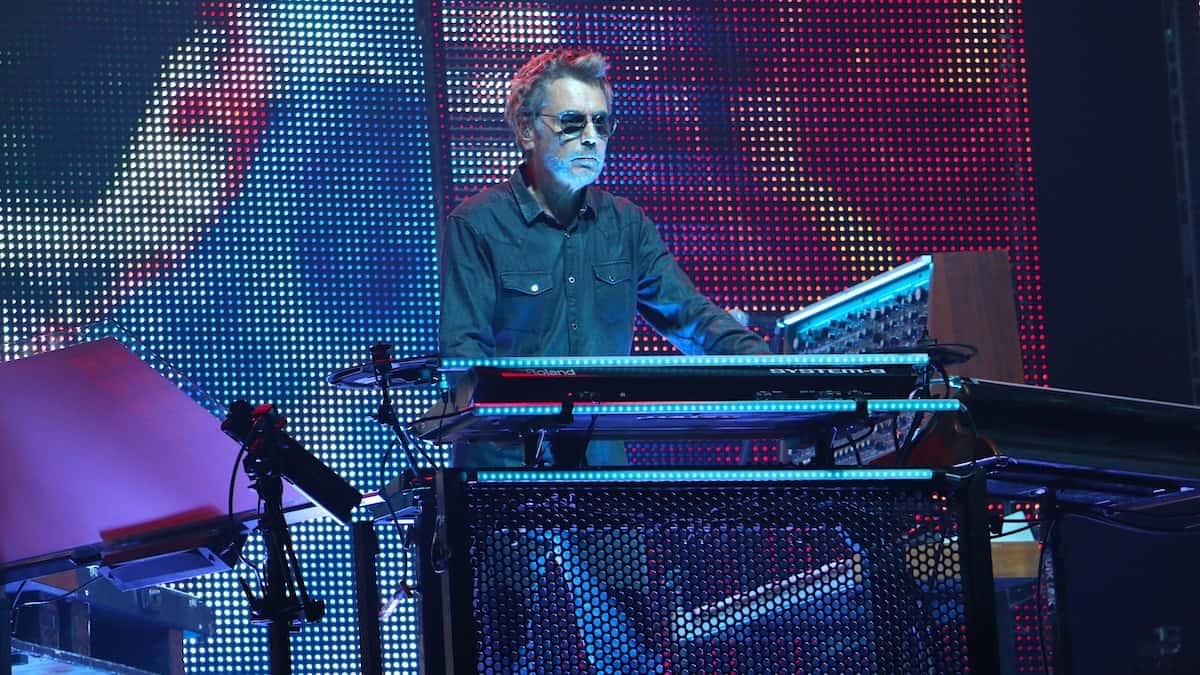 Jean-Michel Jarre may be the best-known synthesist in the world, but he rarely tours the United States. The only time I’ve seen him perform was in Houston in 2018. I had a photo pass, and I took full advantage of it. One of the shots I took that night appeared on Synth and Software’s September 2019 cover.

A couple weeks ago I encountered a visual artist from Russia on Facebook. His name is Виктор По, and I immediately took a liking to his work I saw posted online. I asked him if he could make one of my photos of Jean-Michel more visually striking. This month’s cover is the result. I’d say he succeeded remarkably.

I’m especially pleased to present this month’s issue because it’s been one full year since our inaugural edition on August 1, 2019. As always, I want to express my appreciation to the many contributors who make Synth and Software possible; you can read about them all here. Just click on their names if you want to learn more about who they are and what they’ve done with their lives.

I also want to express my appreciation to you, our readers, without whom this magazine would be completely unnecessary. Thank you for subscribing, and thanks for sticking with us as we slowly ascend our way to the top of the web-publishing universe. Here’s to our thirteenth issue and our second year!