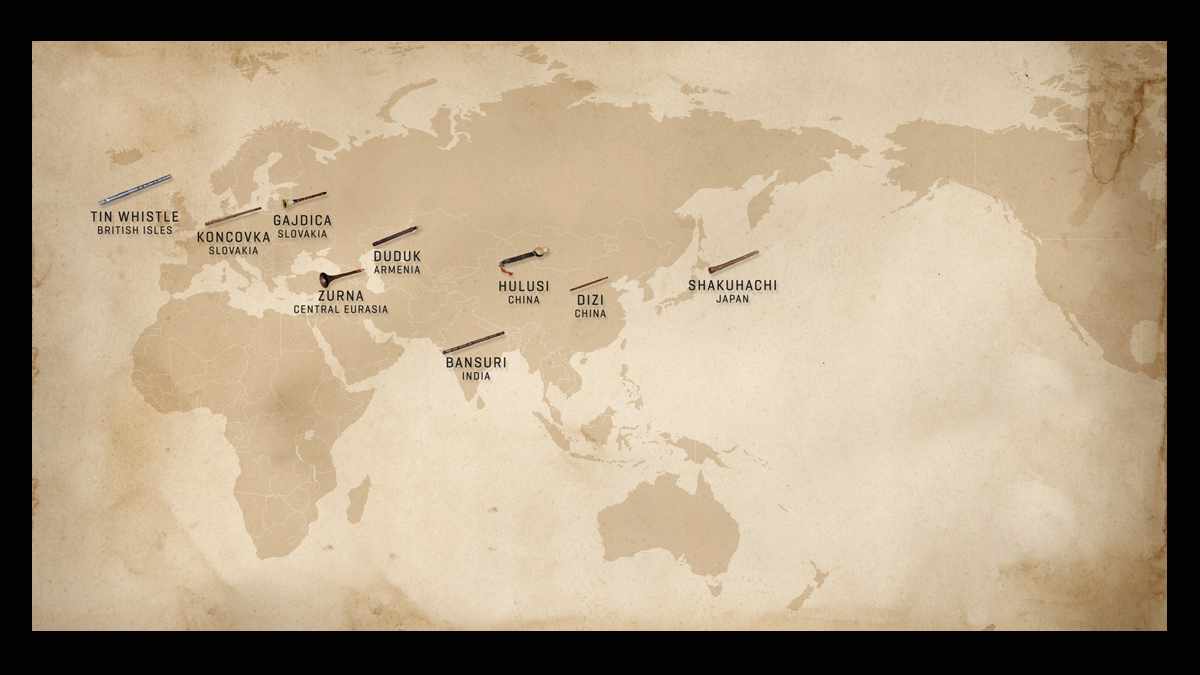 Nine ethnic woodwinds from all over the map

VSL stands for “Vienna Symphonic Library.” And the instruments in their latest collection qualify as “ethnic” because they’re not in a standard orchestra.

But they were recorded in VSL’s “new” – a few years old now – stage, which is quite a different approach from the recording technique used in their original sample orchestra from a couple of decades ago. That orchestra was recorded in their BYOT (bring your own tail) Silent Stage – a studio designed to provide the early reflections of a stage without the hall reverb – the idea being that you bring your own tail.

Since then it became apparent that a great-sounding hall… well, sounds great.

Anyway, this is their latest collection. And here’s the company release:

Vienna, October 4, 2022 – The Vienna Symphonic Library is pleased to announce the release of Synchron World Winds, a brand-new library of nine ethnic woodwind instruments, recorded in the large hall of Synchron Stage Vienna. All included instruments are also available separately, starting at $38 during the introductory period:

The Synchron World Winds Collection that includes all instruments is currently available at introductory prices of $375 (reg. $565) for the Standard Library and $560 (reg. $807) for the Full Library.

The performances on the large Stage A of Synchron Stage Vienna were captured with seven separate phase-coherent microphone configurations to provide a broad range of room options. All of them are available as separate channels in the mixer section of the Vienna Synchron Player, letting users customize their sound according to their needs and liking. A variety of mixer presets makes getting started with perfectly mixed sounds right out of the box easy and rewarding.

All instruments in the Synchron World Winds library were played by multi-instrumentalist, folk instruments expert, and member of the Synchron Stage Orchestra, Veronika Vitazkova. She has played in many orchestras, among them the Radio Symphony Orchestra Vienna, the Vienna Chamber Orchestra, and Tonkünstler Orchestra, has toured Europe as a solo flutist with the late Ennio Morricone, and played at esteemed festivals from Salzburger Festspiele to Hollywood in Vienna.

Having performed on countless film scores at Synchron Stage Vienna, Veronika feels very much at home on the large Stage A and marvels at the exceptional acoustics of this scoring stage that contribute substantially to the overall sound of each instrument. Recording for Synchron World Winds, she not only draws from her experiences of performing as a solo artist or ensemble member of the Synchron Stage Orchestra, but also from recording samples for VSL libraries such as Synchron Woodwinds, Big Bang Orchestra, and the free Fujara Flute.